In a practice that spans the visual arts, filmmaking, and publishing, Ragnar Helgi Olafsson reconsiders the expected timelines and traditional objectives of the working artist. By expanding or collapsing the “moment” of his artwork, he collages temporalities and diffuses what may be considered the art object. His publishing house aims to produce books within one cycle of the moon (roughly one month), print 69 copies, and burn the unsold copies thereafter. In contrast to a book, a performance is thought to be ephemeral; Olafsson challenges this model by constructing scenarios in which sound or video recordings from other locations or time periods are re-projected into the exhibition space. For viewers confronted with his work, concepts of present and past become indistinct as they are encouraged to imagine how the sound we hear or the image we see might be projected into the future.

For the past year, Olafsson has installed his piece Daybreak Forever (2010-ongoing) in a small space by the Reykjavik harbor, where it remains on view. This work transmits the sounds of daybreak as it travels across the globe. A sound-dome continuously switches and sequences through thirty audio-streams from microphones placed around the world, playing the sound from the one closest to the rising sun. The listener thus hears the constant sound of day breaking, in real-time, night and day, every day. For Sequences, Olafsson will also install a publishing house in the Harbinger Gallery. As an ongoing performance work, he will occupy the space for the duration of the festival, printing editions, publications, and calendars for future years and times unknown. 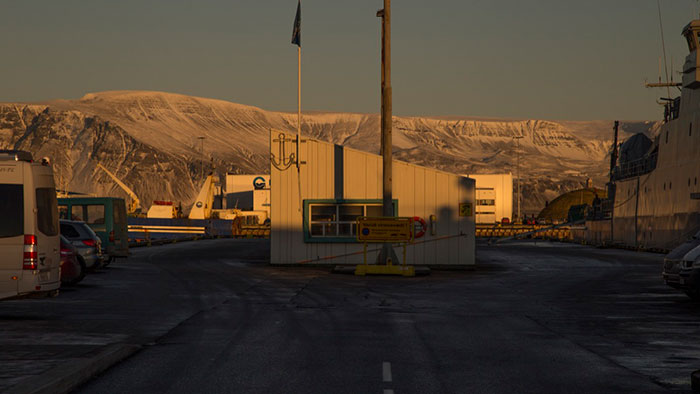