Sara Magenheimer’s videos disrupt, manipulate, and defamiliarize language in combinations of image and text that provoke the imaginary. She incorporates traditional filmic techniques, such as using intertitles or introducing a sound before the image of its emitter, as well as those inspired by hip hop and collage, where scenes are further spliced, words are broken up and pronounced to an off-beat. Magenheimer’s works also have a distinct relationship to the time of the internet, where memes loop images and superimpose language, fonts, and special effects from different sources and eras—creating a space of presentational parity. By toying with narration through each of these aesthetic devices, Magenheimer creates gaps of understanding for the viewer, inviting their individual elaborations.

With No Clock (You can’t be late twice) (2017), Magenheimer presents a series of flatscreen monitors arranged in a serial configuration to mimic those in airport terminals or financial markets, with time differences of major cities around the globe displayed. Exploring a rhythmic and linguistic vocabulary of time, her videos cycle images and words to a steady beat. The video’s syncopated progression of images and words encourages the viewer to lose track of time, or to become engrossed in the film’s time (no time) than in “real” time. Art and Theft (2017) takes place within the seven minutes and twenty-two seconds that it reportedly takes to rob a house. In this film, Magenheimer weaves multiple forms of storytelling, all containing accounts of various intruders and masters of slight-of-hand. A wide range of sources are represented, from medieval art to popular cinema and “live” news coverage outside Trump Tower. Best is Man’s Breath Quality (2017) further explores the bounds of narrative and the absorption of information from the perspective of the jellyfish—a translucent animal whose “intelligence is in [its] body.” As with many of Mangenheimer’s works, this piece charts circuitous storylines through vernacular associations, revealing how visual and verbal language mutate and guide multivalent pathways to understanding. 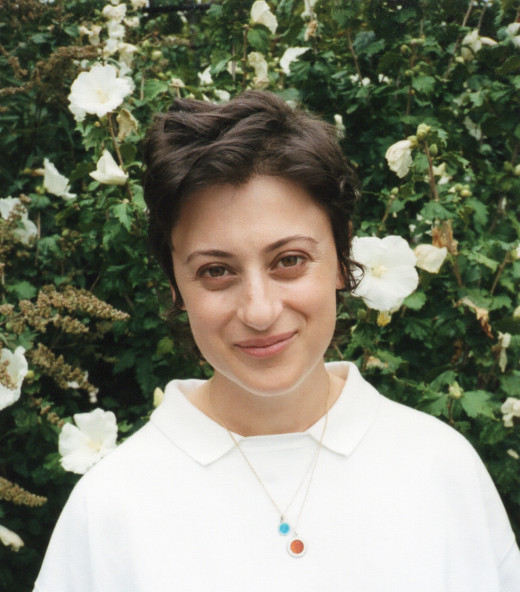