Work: On False Tears and Outsourcing; musicians respond to emails and manufacture a pop song, just in time

What happens before and around a performance, and how might those mechanics be considered part of the act? Cally Spooner uses performance as a semiotic tool for processing the languages of the body, labor, and creative production. In each of these languages, there are specific grammars, systems of measurement, and collaborations between producers and receivers. Spooner’s works disrupt and closely examine the product of performance, whether this might result in an item, a thought or an effect. Though most of her performances might begin with a script or rehearsal, they typically hover in the space of becoming—finding traction, dissolving, mounting tension, and waiting. With a distinctive amalgam of theoretical research, pop music, current affairs, and corporate rhetoric, Spooner considers how dematerialized and unmediated performance can inhabit the worlds of extreme visibility in today’s entertainment and attention economies.

For Sequences, Spooner presents On False Tears and Outsourcing; musicians audition in public to become a manufactured band, in Iceland (2017), a new chapter in an ongoing series in which she gathers musicians to create a hit pop song. In Iceland, Spooner will conduct an audition for the pop band “False Tears,” who will eventually be selected and record the hit song, NAH NAH NAH!. Exploring the corporate manufacture of pop music, with examples ranging from the German 1990s R&B band Milli Vanilli to bands marketed for a teenage audience such as *NSYNC in the US or the Spice Girls in the UK, Spooner highlights the demarcation that exists in these context between creative output (the song) and the image of a related product (the band). In July 2015, Spooner worked with five musicians at Vleeshal in the Netherlands to write the song based on a chain of emails between herself, the musicians, lawyers, and corporate executives. She then worked with Lafayette Anticipation in Paris to gather a group of professional musicians and singers to participate in the recording of the song. In Iceland, Spooner will assemble the “face” or image of the band, through auditions hosted at Mengi for the “freshest talent.” These chosen individuals will participate in a band photoshoot for the album cover. The panel of judges for this selection process will echo those in scripted reality television shows where accomplished celebrities with outsized personalities ‘who know what it takes to be the next pop superstar’ pass judgment on the less-well-known and the unproven. 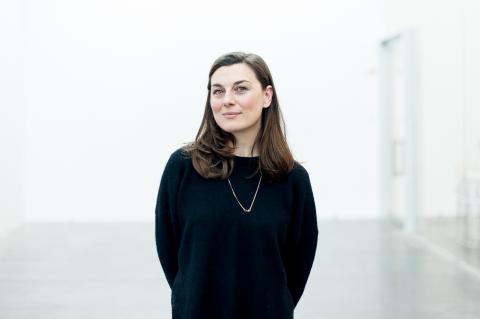