Working primarily with digital animation, collage, and computer-generated imagery (CGI), Agnieszka Polska creates dreamlike films that investigate the psychological effects of slowed time and altered perceptions. The ideas for many of Polska’s works derive from her own scripts and poems, as the discovery of connections between words, and the surreal aspects of meaning that arise from their juxtaposition, commonly form the foundation of her films. The resulting works are hallucinatory, lucid, and fragmented, and also self-reflexive, as the narratives they construct echo the same manipulations of text and image. Seemingly operating from their own state of consciousness, the videos then invite the viewer to think and listen on the film’s time, as if engaged in a conversation.

In My Little Planet (2016) a gong and a cuckoo clock keep time to the slow beat of a gavel and the atmospheric dissipation of cigarette smoke. “We are able to measure time precisely,” the video reads, “by following the movement of astronomical objects across the sky.” A critique of conventions as much as a gesture toward a long history of galactic speculation, the video imagines a cigarette butt as the orbital object to which a clock is calibrated. How do we know what we know, and why do we measure time as we do? Abstract reflections of these questions are evident in I Am the Mouth II (2014): animated lips whisper into the water, as if into the viewer’s ear, to explain sonic time. In the contemplative time of The Leisure Time of Firearm (2015), an eye stares down the barrel of a gun, dangerously close to its mechanisms, which could fire at any moment. Together, Polska’s videos conjure a permeable medium where inner and outer space, artificial and constructed time, embodied and learned knowledge might coexist and comingle. 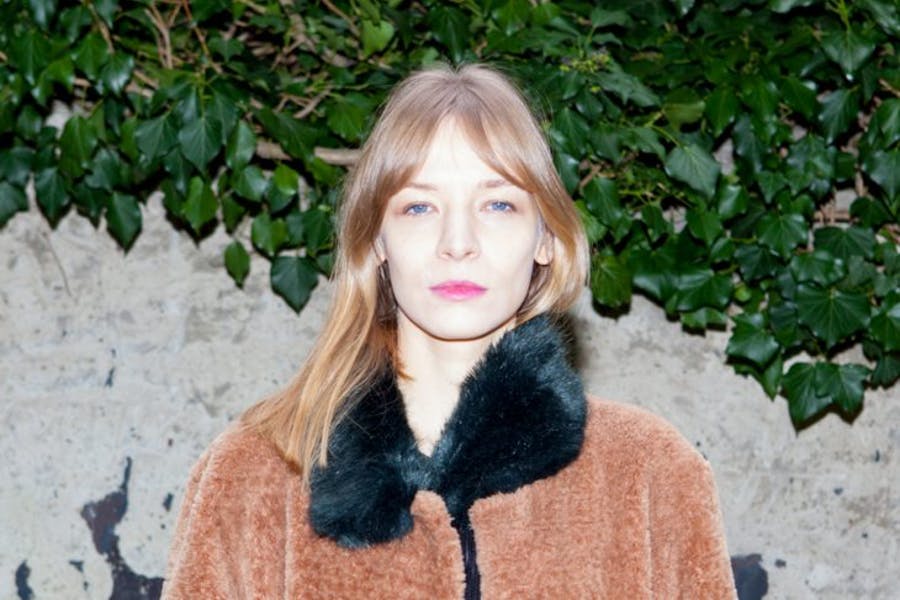